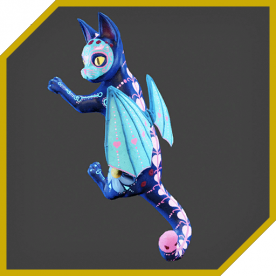 There is 16 ammo and 16 item pickups on this map. Couple of item pickups (located in secret areas) are set to have 120 seconds respawn time, available from the beginning and contain various guns of different tiers. Two ammo boxes at predetermined locations have fixed spawn time of 60 seconds.