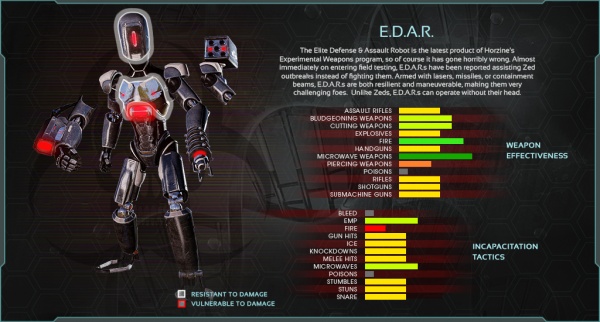 E.D.A.R's chest core protected by armor which needs to be destroyed first in order to destroy the core. While core itself does have great damage multiplier, the armor it is being protected by - does not. For detailed information on damage calculation read step 7 of ZEDs - Damage to take mechanic.