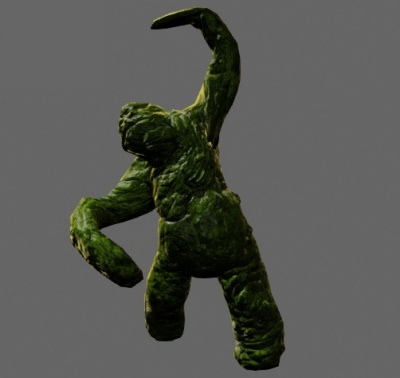 Normally Abomination Spawns do not appear during the regular waves and are only encountered when players fight Abomination, however in some waves of Nuked in objective mode they come out in play as a replacement to Alpha Clots.

It has only 1 weak spot (head) that multiplies all incoming damage towards its body by x1.1. However, Abomination Spawn cannot be decapiatated (calculation of extra damage on decapitation still happens, refer to step 9).

Explosion damage - 12, radius - 4.5m, falloff - 0 (none), animation duration - 0.67s. Stumble power - 1000.
Explosion damage type - Explosive. The explosion is instantaneous and does not leave behind any toxic clouds.
Abomination Spawn will explode when it will be at least 250 units away from the player location.