The Hellmark Station is a Killing Floor 2 map. Is was added in the game as a part of Infernal Insurrection update. This halloween themed map takes place in London's subway. Varios signs of supernatural demonic presense scattered around map. There are three Rune Obelisks around this map, approaching each of them and pressing "Use" button will infuse player with the "Hellish Rage" power of being able to set ZEDs on fire, move faster and inflict more damage at cost of survivability.

Terror in the streets of London, an invasion has commenced in the bowels of King's Cross Station! An Infernal Insurrection emerges from the underground, and lots of horrific creatures are starting to spread. Break into Hellmark Station, the very origin of the chaos, and face whatever force you encounter there, perhaps you may find a way to use their power against them. But we have some good news, we offer you some new tools for facing those horrific creatures, the HRG Scorcher and the HRG Arc Generator. Burn, electrocute, or just slay the enemies as you prefer, but be sure you clean the station out of demons!

Upon completion of series of objectives on Hellmark Station during the Halloween Event players were rewarded with "Halloween | Voodoo Backpack" cosmetic accessory. 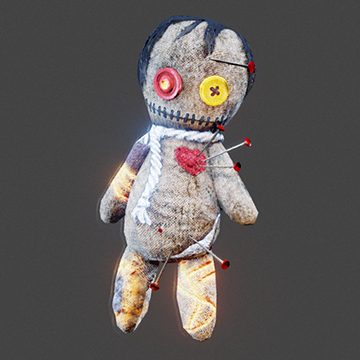 Should player approach either of Runes and press "Use" button following effects will be applied for next 20 seconds: