Difference between revisions of "Gorefast (Killing Floor 2 VS)" 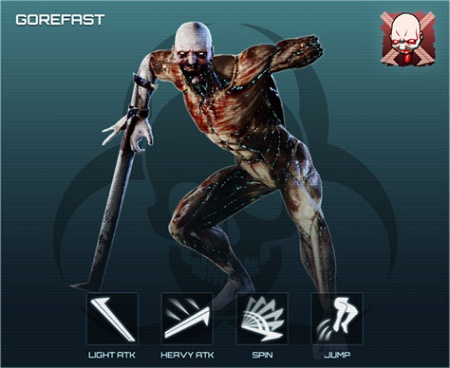 Due to Game Conductor mechanics, player-controlled Gorefasts have their health modified based on the average level of the Survivor team. Values vary within (x0.85 - x2) range.

Gorefasts are resistant to all forms of damage - least to some of them (slashing, bludgeon) and most to other (explosive, toxic).

Gorefasts resistant to every type of ballistic weaponry.

Gorefasts have only one weak spot, which is the head. Although the damage multiplier is miserable. Their bladed arm deflects attacks.